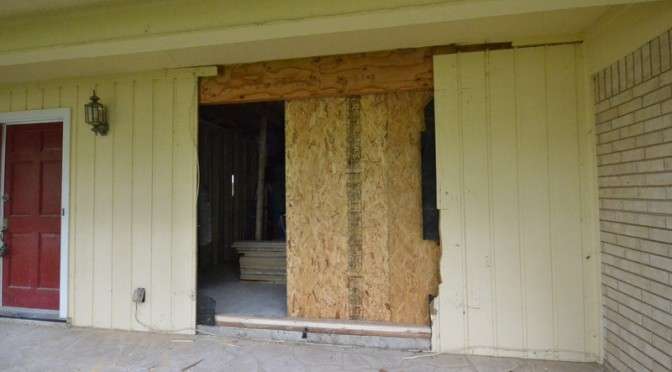 “We are saving the house from itself.” Ron Dahlke, site supervisor, Ranserve.

It’s day 3 of framing. Steven stayed out of the way while Ron wrangled the framers. Until today. Wednesday, 8 July 2015.

What we imagine for Emerald Hill is beginning to emerge as the framers replace termite-damaged lumber with new, jack in new LVLs to replace undersized beams deflecting under load, and execute the structural engineering plan by “sistering” in new beams where there’s not enough lumber. It’s not really a remodel. It is, instead, a reconstruction, a salvaging, a saving, an interjection to create new life.

Let’s take a photo tour with the framing crew — Silverio in gray shirt, Roberto in white shirt, Marco in red shirt, sometimes with Cris from Ranserve.

What will be the door to Steven’s office.