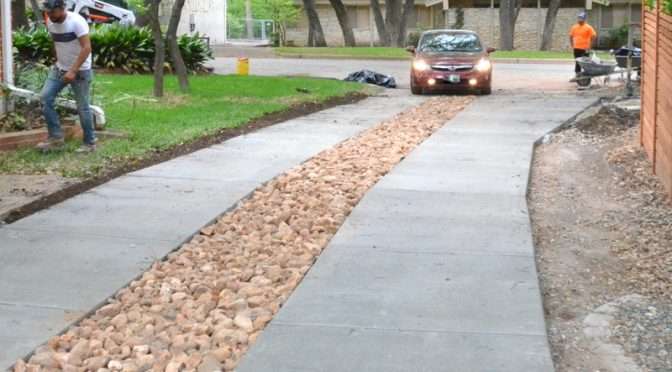 Steven was not about to allow the team from Gilsa Construction have all the fun when finishing out the driveway. 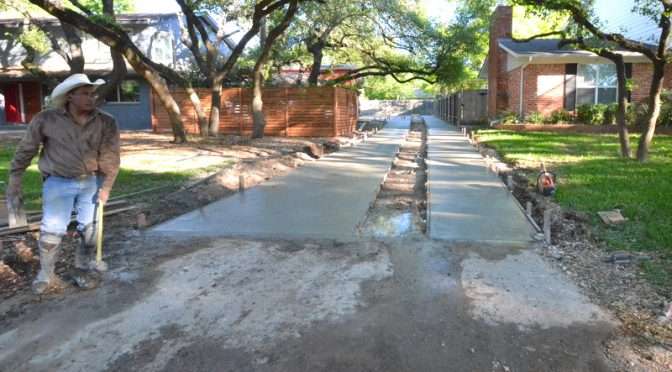 The first concrete mixer is scheduled for noon. The team from Gilsa arrives at 8 am to prepare. 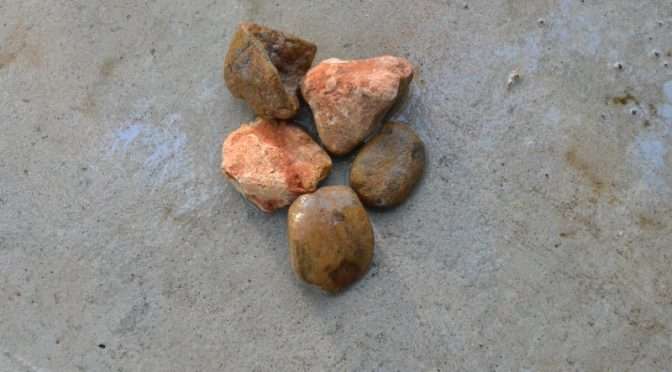 Steven met at the landscaping yard with Mauricio from Gilsa Construction to pick out the rock to use in the drainage channel down the center of the new concrete driveway.

We picked a “Santa Fe” mix of reds, grays and browns, 1-3 inches. The colors will complement the red cedar privacy fence at the front of the house, and the gray paint on the body of the house. The size should be large enough to not shift when rainwater travels across the rock.

And … Steven asked Jacquela to marry him while visiting Santa Fe and Taos. So … the Santa Fe mix is an easy decision.

Alejandro and Juan from Gilsa Construction arrived to regrade the roadbed, prepping it for concrete — and to build the lumber forms. 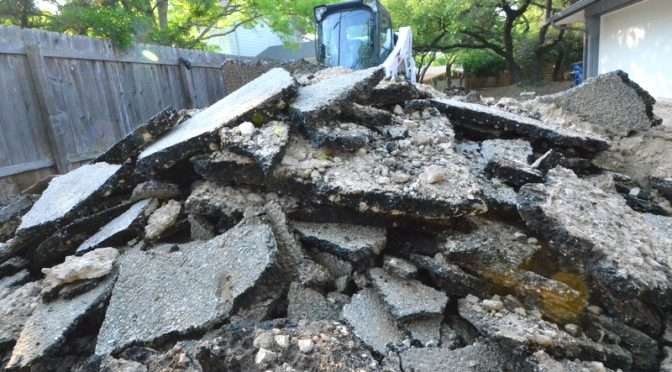 We’ve been in the house for a year. It’s time to rip up the asphalt driveway and replace it with concrete. Construction and dumpsters damaged a 50-foot-long section of the driveway. Erosion and rainwater undermined a section closest to the kitchen. At the back fence, water travels across the driveway whenever it rains, whenever the backyard neighbors switch on their sprinklers, carrying debris and building an alluvial fan of sediment that travels all the way to the curb at the front of the house.

Steven called Mauricio at Gilsa Construction, which did the concrete work on the house. They reached agreement on budget.

Mikel from Green Tree Professional returned 18 November to Emerald Hill to continue identifying problems with and repairing the sprinkler system.

With the system operable after the first repairs were made 11 November, Mikel focused in the front yard on repairing the main supply line to the sprinklers that was cut by the plumbers when they installed a new water line between the house and the city water supply at the curb.

After repairing the cuts, Mikel began testing the front sprinkler zones. He quickly discovered a lateral line that was cut when the front walk was formed — water burbled up from under one of the concrete steps.

The good news was … At least two front zones operated, even if they needed additional repairs.

It was time for Mikel to depart to his next scheduled appointment.

When Ranserve excavated the foundation for the new garage bay, the concrete crew cut and buried the end of the 12-strand cable that runs between the control unit location in the garage, out to the valves that control the sprinklers in the back yard, along the PVC pipes that were buried in the ground when a previous owner installed the sprinkler system, and out to the valves and sprinkler heads in the front yard.

Ron Dahlke did try to protect the cable, but bobcats, picks, shovels and form boards are brutal.

Ron, Odell, Kevin and Matt dug exploratory holes in the back yard after the garage was built — and they did find the cable.

But it had been severed — and a section about 20 feet long was missing.

Odell asked Steven to have a sprinkler company do the repair.

Steven collected four estimates. Two companies advised it would be easier and faster to install an entirely new system at a cost of somewhere beyond $4,000 to $5,000. Two companies recommended repairs at $95 an hour, plus parts, with about three hours required to diagnose whether the system could be repaired.

In episode 1 of the sprinkler saga, dated 11 Nov. 2016, Darynn and Mikel excavated the cut end of the control cable buried in the ground about feet away from the back of the new garage, patched it to new wire, and attempted to pull that wire into the garage through conduit that was fixed into place when the concrete slab of the new garage floor was poured.

First discovery — it is impossible to force heavy-duty 12-strand irrigation wire through a tight 90-degree elbow when you don’t have a heavy-duty pull cord.

After much discussion, Steven permitted Darynn and Mikel to drill a hole through the exterior siding of the garage above ground level, with a plan to shield the cable in new conduit that would be mounted to the exterior of the siding outside the garage, turned down to the ground in a WIDE 90-degree elbow, then buried and run out across the back yard to connect with the old existing cable.

Except … Ranserve still has to replace a chunk of concrete walk that was cut out when the garage foundation was formed and poured. The new wire out the back of the garage traverses this missing concrete, so permanent installation is not possible until the concrete work is done.

So, Mikel and Darynn ran the wire into the garage, temporarily loose and above ground, connected it to the sprinkler controller in the back yard, turned on water to the sprinkler system, powered up the controller — and began experimenting to discover leaks.

Second discovery — the system still worked. In some places. 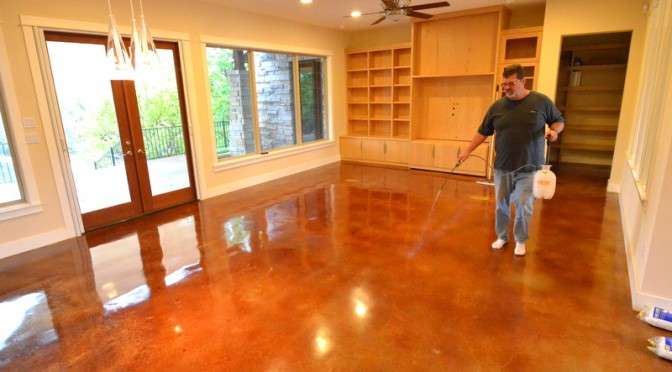 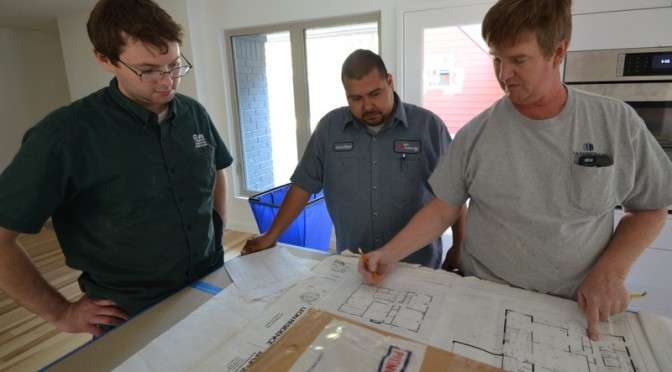 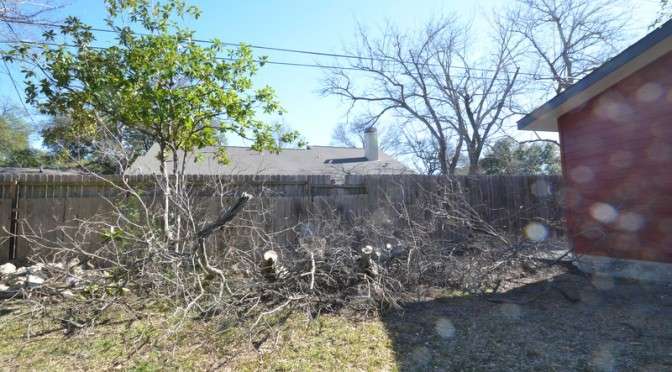