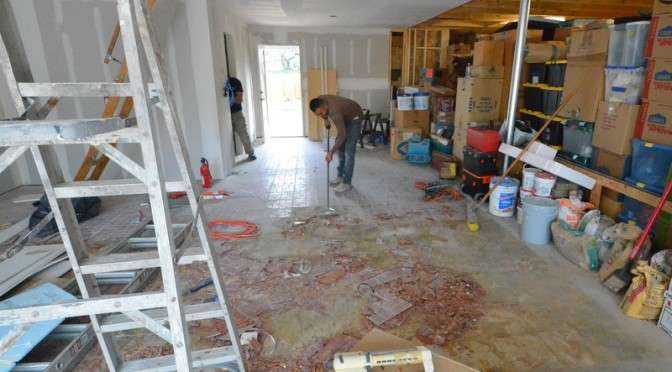 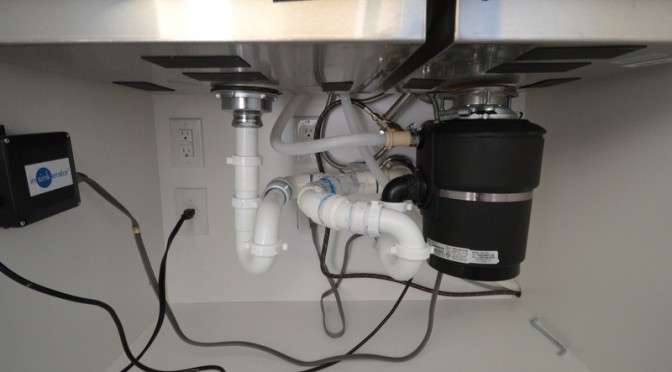 Ron Dahlke was taken out of action by 102-degree fever. Get well soon.

We soldier on without his guiding hand …

Shane and Peter apparently installed strike plates to all the doors early Monday.

Off for President’s Day, Jacquela began to cut and install drawer liners to kitchen and bathroom drawers. Steven raked oak leaves on half the front lawn, then met with Victor Martinez to talk through potential landscaping — using the dirt and mulch piles on the driveway to expand the beds around the oak trees in front of the house, deer-resistant plantings, a potential privacy fence, and phasing in repairs to the sprinkler system that Steven has never seen operate — using the new NOAA-connected smart controller that Steven already purchased.

That was Monday at Emerald Hill. Back at Sea Eagle, we continued boxing. Jacquela and Jadin tackled Jadin’s closet and bathroom. Steven disassembled the AV component stack in the upstairs flex room and took down all the speakers; one Time Warner cable box is now disconnected.

Today, Steven took Jadin to school and, at Emerald Hill, Albert and son from Custom Plumbing arrived to tackle the corrections required by the inspector.

In photo at top of this post, study the white PVC pipe traversing left to right or right to left, depending on your perspective. The connection to the drain on the back wall is higher than the collection of pipe and pipe fittings that run to the P-trap under the sink. In other words, the sink is trying to drain uphill. That will never work. The inspector flagged this for correction.

After several email and phone conversations with Scott from Capstone Electric, and help from Scott, Steven selected and odered from Home Depot a whole house surge suppressor — $75 cheaper than Amazon! — and a cable/phone-line suppressor for $90 from Amazon because HD does not these. Per Scott’s instructions to order these for him to install.

Steven continued to configure pipe and flange for the master closet.

Steven received from Ron and began asking questions about the proposal for gutters.

Homework — Steven and Jacquela wil review the agreement proposals from the movers. 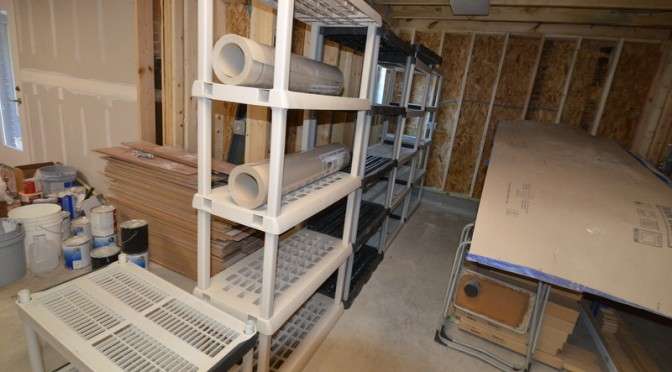 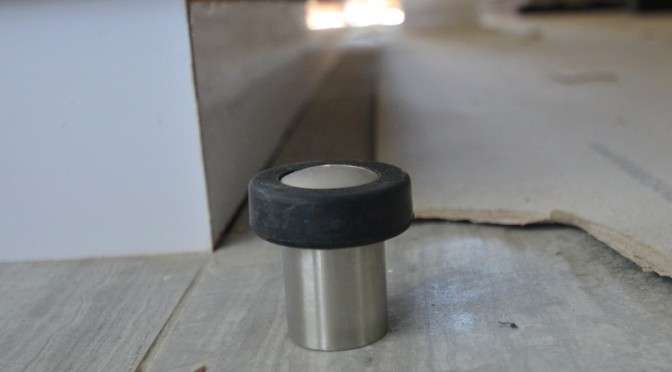 Steven cleaned up a pile of lumber at the back of the new garage, swept the floor clean, assembled plastic shelving, as preparation for moving boxes. He installed LED lights to the outdoor motion detectors and garage motors. Delivered a supply of shelf liner to the pantry for Jacquela’s kitchen. Found a ding in the glass globe of the ceiling fan in the family room, tagging it with blue tape.

The house was quiet. No radios playing. No nail guns firing. No bodies dancing around each other. It’s a preview of what it might be like for Steven to be home, working in the office, with everyone gone.

Above, yesterday, Shane and Peter installed the massive door stops at the back and kitchen side doors. We need these to ensure the doors don’t slam into cabinets. 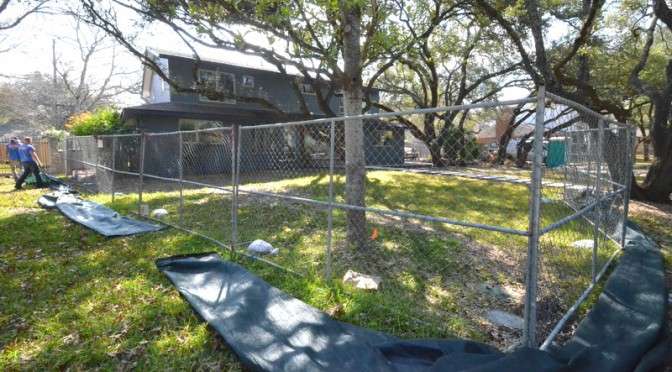 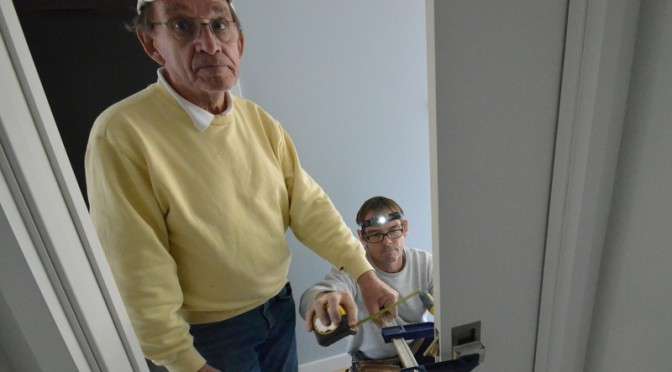 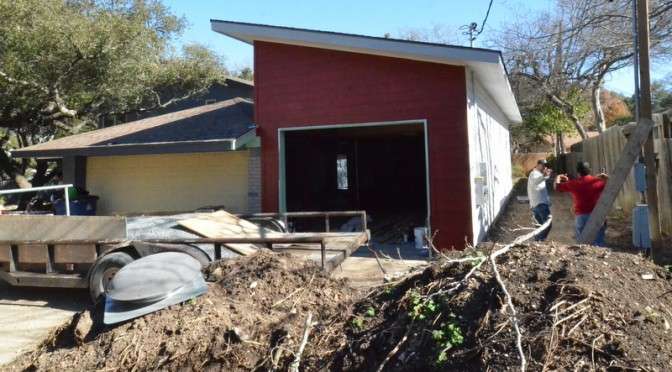 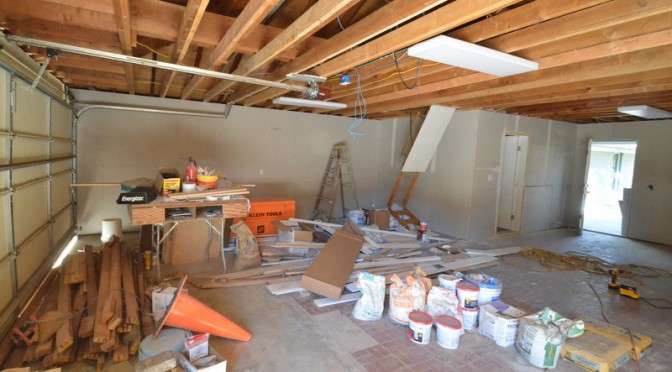