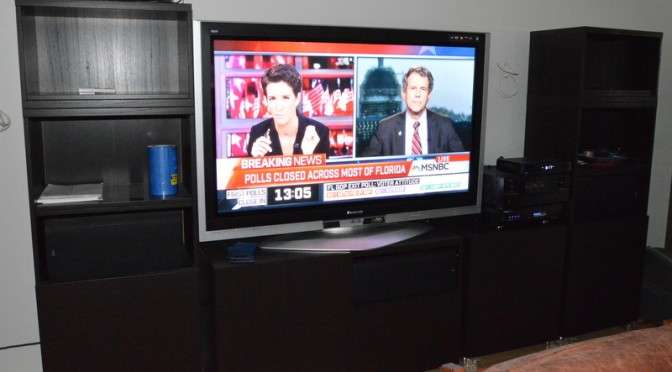 Above, with help from Chris at Time Warner, the downstairs and upstairs TVs are now operational. Upstairs, we needed component cables — and Chris tweaked the cable box. Downstairs, the Denon amplifier needed a complete system reboot to wipe Sea Eagle from memory. With that, Steven and Chris built new HDMI settings for video and audio via HDMI, with cable box connected in to amp and amp connected out to Panasonic TV. This process is not plug and play. Read the manual, even if it is written in English as a third language. Closed course, professional drivers only. Just in time to watch primary results …

Rene from El Sol Logistics delivered the hanging bags of clothes that somehow stayed with the moving vans — so Steven’s business slacks and shirts are now recovered. Then El Sol transmitted the bill for the rest of the move, after the deposit is deducted. Yich.

But … Rene did take away some of the flattened boxes for re-use by the next family that El Sol moves. 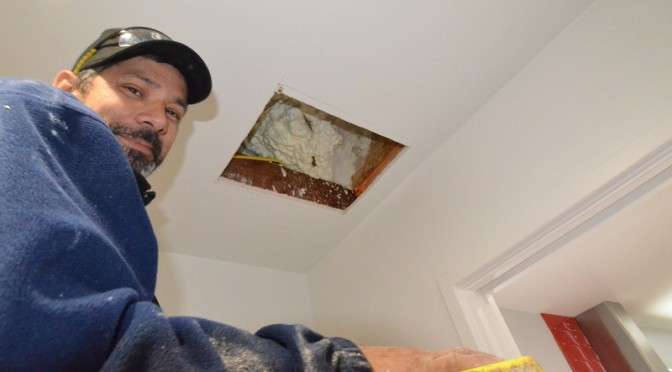 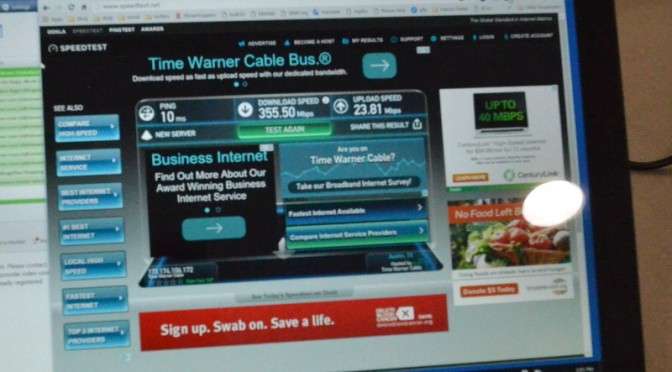