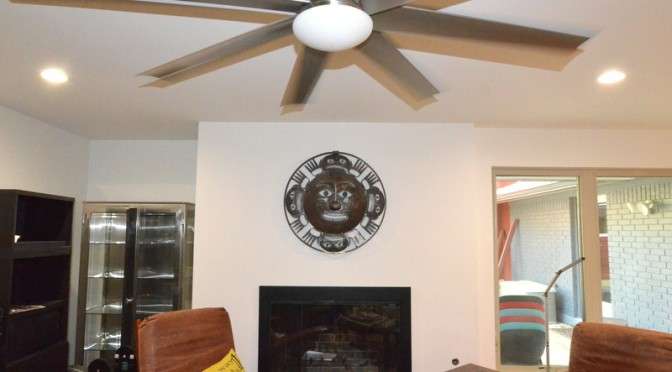 With help from Jacquela, Steven mounted the mask to its planned place of honor above the fireplace in the family room.

This is the four seasons/four elements mask that we purchased in Taos — as Steven remembers, it was the trip he blew out his knee skiing, so he sat Jacquela on a bench at Taos Pueblo, a stream behind us, the pueblo and courtyard stretching in front of us, unable to bend down to his knee, and he proposed marriage.

This mask is our hearth.