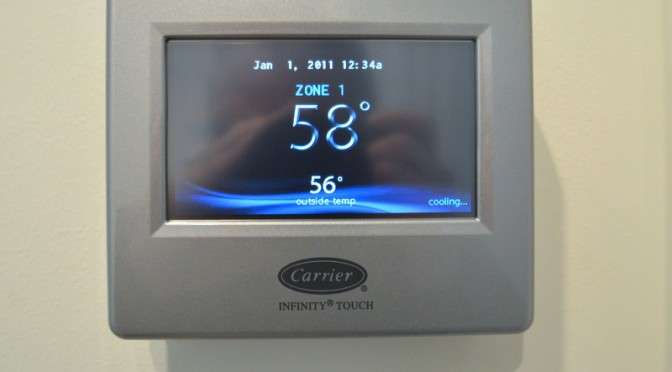 A significant milestone toward completion of Emerald Hill … Greg from Austin Air today initiated the HVAC startup. He described the system as “forged by miniature unicorns in the Hall of Greatness wearing golden fleece.” They wear fleece to keep warm when the AC kicks in.

A switch in the attic is shutting off the system. The electricians will have to investigate.

Above, the master thermometer worked through initial self-testing and diagnostics, making it as far as 2011 before the errant switch shut everything down.