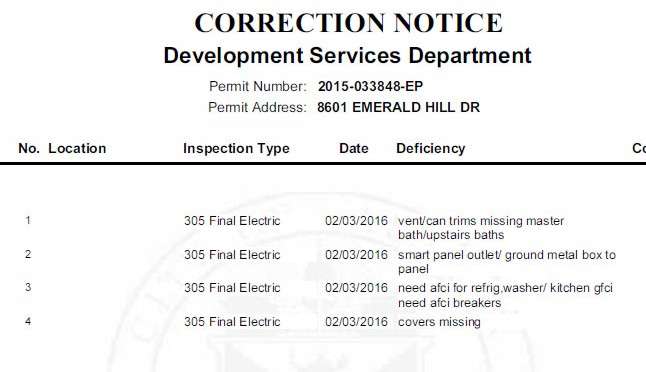 The City of Austin inspected the electrical systems and installation today for the garage and house. We almost passed. Just four corrections to make.

Mostly, it appears we must install the baffles and LEDs to the ceiling ventilation/lighting units in the bathrooms. That’s easy. And the electricians need to install AFCI breakers — and ground the metal low-voltage system box.

Mark Rehberg from Ranserve called after the inspection. He assures that nothing here is major. Ron Dahlke messaged in from his continuing recovery from the attack of the nearly-killer virus to report that the electricians have already been alerted.