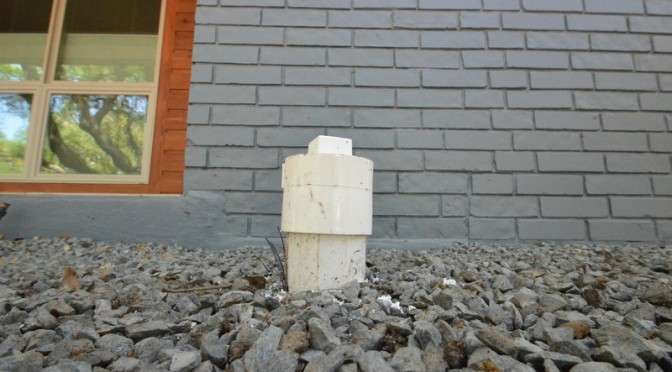 We woke to a gray morning, overcast, preoccupied. Was the attack of the Blob ended? Would the showers and toilets drain or plug and overflow?

Noah arrived in a Custom Plumbing van about 830 am, with Blake, new to this gig at Emerald Hill. Tim pulled up seconds later in his truck. And they set to work resurrecting the whole-house cleanout that was, for some reason, never searched for, never identified, during seven months of construction.

It’s there, about three feet in front of the house, between the library and Steven’s office, about two feet to the right of the front porch. Found yesterday with a plumber’s camera transmitting signal and a wand to locate the signal.

Today’s assignment — raise the buried cleanout about two feet, into the air, cap it, make it usable, easily findable.

Later, Barry sent the bill from Custom Plumbing. Four figures. This one hurts. But the toilets flush. The showers and sinks drain.