Meanwhile, away from the remodel …

Wednesday, 8 July, 12 hours before we were scheduled to depart to NY for the wedding of Amy and Justin, the engine “chunked” and the car died, instantly. AAA towed it to First Texas. We left a note and the keys in the overnight box.

Jay Jenk, service advisor, and a team of techs have since then been taking apart the car to figure out why.

Jay and Steven have now been talking almost daily for a week, every step of the way, as Jay and the mechanics worked the component forensics and computer codes — even as Steven and Jacquela traveled, even on days when, technically, Jay was supposed to be out of the shop on personal time off.

As best they can determine at this point, a bolt under the valve cover broke, rattled around, found its way into the timing chain, stretching the chain, which snapped. The snap was the “chunk.”

It is a catastrophic failure.

Honda engines are not supposed to destroy themselves like this.

I have this mental image of motor parts laid out on a floor the way parts of planes are laid out in a warehouse as they are recovered after a crash, with engineers climbing under, over, around and through everything, tracking forensic clues.

They found the top of the bolt. They are examining the oil pan for shards of belt and bolt — and whatever other cascading failures sheared metal from metal. They do not know at this point whether they have to replace the top of the engine, the bottom, or the entire engine.

In today’s phone update with Jay, I made this point: If it is a partial replacement, I would not trust this car with my wife and daughter, because there is guaranteed some microscopic damage that humans will miss, which will come back to get us, sometime, somewhere. And, as a result, it is my request that Honda elect to replace the entire motor, not just part of it.

I also asked whether we should junk it. Jay advises it’s too soon to think that.

Jay says that “Honda will participate” in paying for the repairs/replacement. That is a preliminary statement. He does not know at this moment whether that will be 100 percent, 50 percent or something else. They need to continue the teardown, documenting everything, for Honda to decide what it will do.

This is going to take at least into next week.

Jay and First Texas gave Jacquela a loaner to use through this process. Thank you, Honda.

Speaking as a customer, as the owner of multiple Hondas dating back to 1981, reserving final judgement to see how all this resolves, Jay especially and First Texas Honda are earning our loyalty. 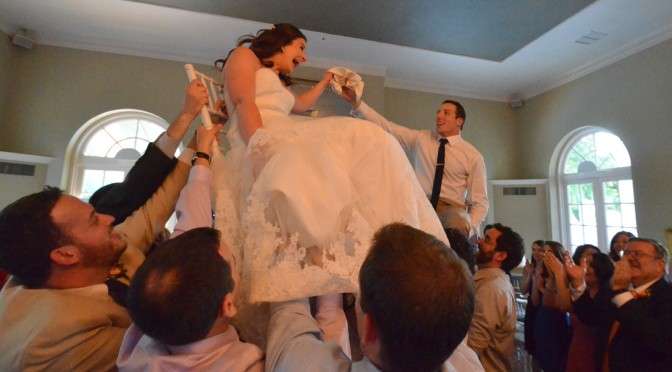 “The torch has been passed to a new generation …” John F. Kennedy

A brilliant day. Joyous. My nephew is married.

The women in my life — Jacquela and Jadin. Mom shares a quiet moment with Amy, before the ceremony — photographed through the glass door, looking in from outside the banquet room. One of my favorite photos. Mrs. Leon the matriarch. Mrs. Leon the about-to-be-newest.